For many decades, scientists have researched how to manage pollen in a way that allows it to be stored long-term while remaining fertile and effective in seed formation. Nearly all efforts with corn pollen have been unsuccessful. After preserving pollen for 365-days, PowerPollen is the first to use cryogenically preserved corn pollen across dozens of in-field female inbreds to produce strong seed quality and yield. 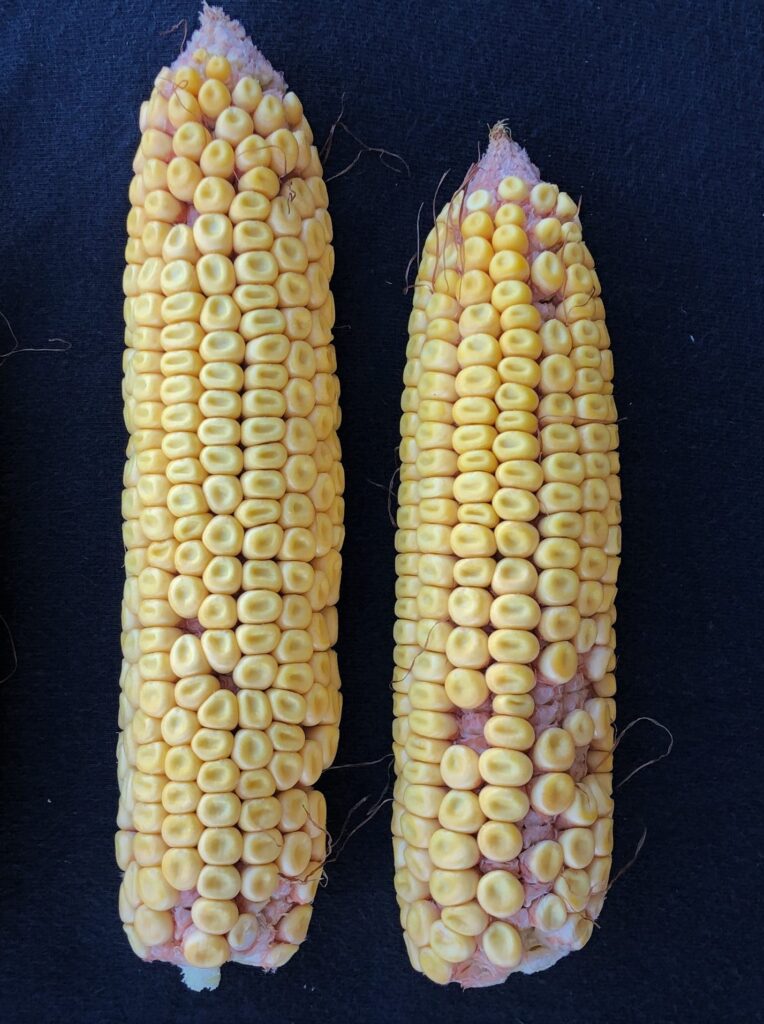 “Until now, only a few plant breeders in the world have shown cryogenically preserved corn pollen was as effective as the day it was collected. PowerPollen was able to demonstrate proof of concept using year-old pollen and then scale its use more than one hundred times what’s previously been done,” said George Singletary, research fellow at PowerPollen and noted crop physiologist. “Based on these results, we can envision the possibility of applying cryogenically preserved pollen any time on any commercial field, while removing the need to use land for male plants.”

Previous laboratory studies by other scientists have cryo-stored miniscule quantities of corn pollen in small scale research. Singletary used a handheld applicator for precision application of 50 milliliters of cryogenic pollen, previously collected and preserved at -112 degrees Fahrenheit, to ultimately produce many full ears.

“The ability to generate strong yields by using pollen preserved for indefinite periods of time offers a wide-range of possibilities for commercial corn seed producers,” said Todd Krone, co-founder and CEO. “As we continue to scale our pollination portfolio, we envision a new sustainable revenue stream for our customers that includes a newly created pollination system.”

Since launching PowerPollen five years ago, the company has continued to refine their preservation technology to extend the window of pollination from less than an hour during conventional pollination to now more than a year.

About PowerPollen®
PowerPollen offers a breakthrough, scalable technology to collect, preserve and apply pollen on-demand to help improve the productivity, profitability and sustainability of modern farming practices. Following multiple seasons of year-round field trials, PowerPollen’s patented pollination technology increased yield by more than 20% in commercial hybrid corn seed production fields. The company has successfully applied its technology across thousands of commercial acres over the past several years. PowerPollen is headquartered in Iowa with additional research operations in Puerto Rico and Texas.